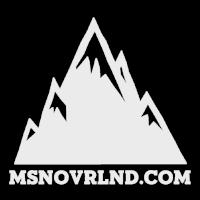 A token hidden in every National Forest in the US. What's not to like?

This is a quest designed to get people out into the woods and go exploring in the lands set aside for us to do so. Scattered across the US are over 150 National Forests and Mission Overland has hidden treasure in each of them. While the prizes may not be as grand as other hunts, the level of difficulty puts these hunts within grasp for most treasure seekers.

What are you looking for? You are looking for a capsule that is made of two white PVC end caps taped together with bright orange tape. Inside you will find a few things but one will be a numbered coin corresponding to the set of clues you solved to reach the capsule location.

When will the clues be released? Clues to the capsule locations will be slowly released overtime on the Mission Overland website.

Visit the treasure hunt website here to find the clues.